As deliberations wrapped up, Cruising World’s team of expert judges handed out two more prizes to boats that stood apart from the fleet. The Kinetic KC 54 earned a Judges’ Special Recognition award and the Voyage 590 was named Best Charter Boat.

During and in the four days immediately following the US Sailboat show in Annapolis, Maryland, the Cruising World judges inspected and sailed on 27 boats vying for recognition. Learn more about the boats in our Boat of the Year 2022.

“We’ve seen this company for a while,” judge Tim Murphy said. “For 30 years, they’ve been building boats and exclusively operating them in the charter business in the British Virgin Islands. They sail them up from South Africa, so they’re very seaworthy. And they have everything you’d want for a great vacation.”

Destined almost exclusively for the charter trade, the judges believed the Voyage 590 would truly excel in that role, so much so that they ultimately recognized it with a special award as the year’s Best Charter Boat. But that didn’t mean they did not consider it an innovative, exciting vessel on its total merits. “It’s a ‘techie’ boat, and they’re doing a lot of cool things with lithium batteries and 24-volt systems,” judge Ed Sherman said. “In terms of systems integration, they’re using high-end inverters to help out with things like variable-speed air-conditioning systems so they won’t have to run generators for extended periods of times. It’s pretty cool stuff. And under power, it’s one of the quietest boats we tested. High marks all around!”

Voyage Yachts‘ new 590 model is designed with private owners and charterers in mind, with six queen-berth staterooms, and two additional single berths, depending on whether a vacation includes a captain and crew. Jon Whittle 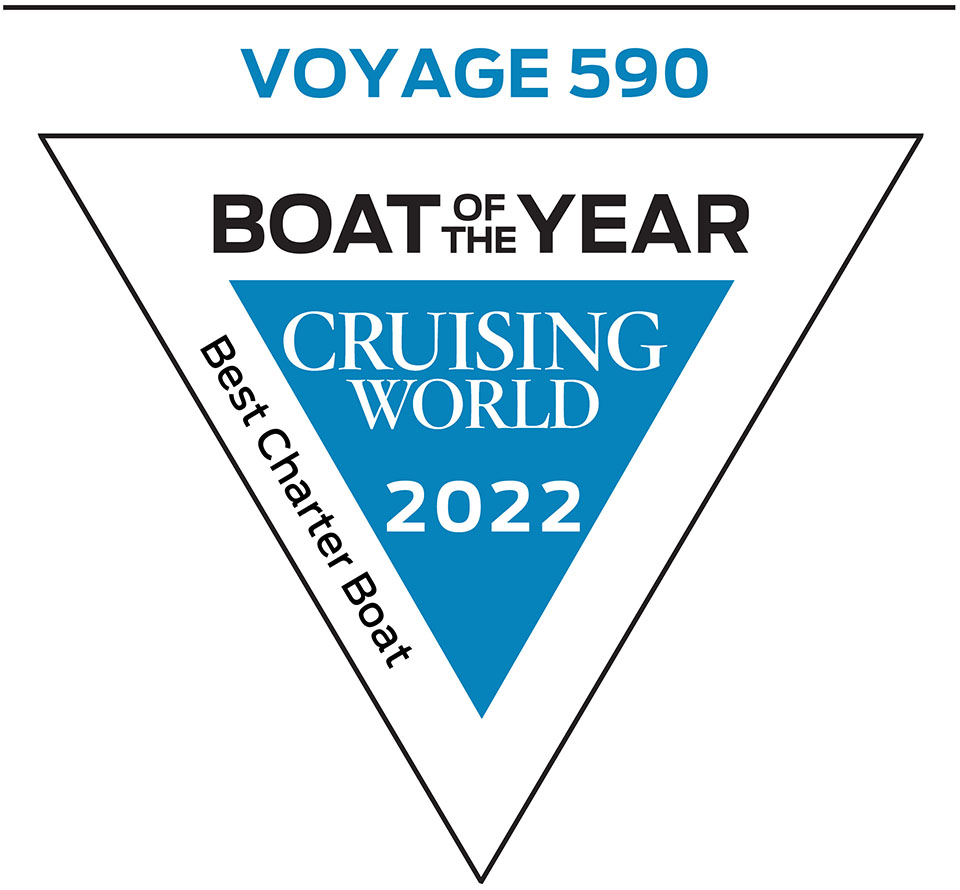